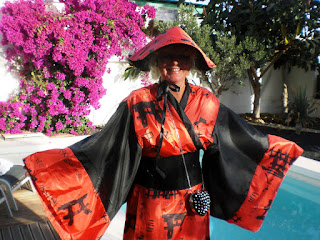 This week has been a busy week in more ways than one, but it ended on a wonderful note. Saturday was the Carnival in Puerto Del Carmen and in tradition we went along, this year dressed as Chinese! 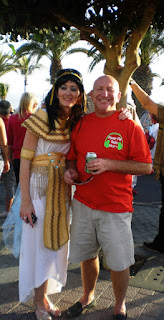 The carnival parade lasted around 3 hours and like every year it was a fabulous riot of colours and sound. We joined the fiesta on the Avenida and meandered amongst the spectators when suddenly we were stopped by the lovely Jerry Lefever and Sarah English who were broadcasting live for the carnival with Power FM radio. They invited me to have a quick chat about my costume and of course my books…. Thanks, you guys are the best! 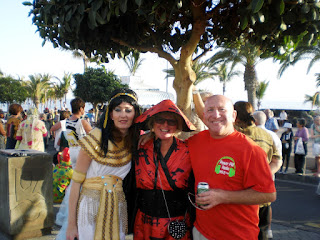 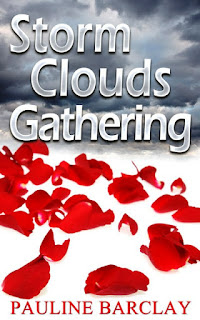 But the carnival wasn’t the only celebratory ending to the week, my latest book, Storm Clouds Gathering went off to my wonderful editor, Jo Field. As always I have mixed emotions, one that makes me feel excited that I am another step closer to publication and the other a bag of nerves at what Jo will spot that I have missed!

Well, that's a snap shot of my week, I hope your week was a good one and one that made you smile.

Thanks for stopping by and have a fabby week.

Sitting Round my Pool - Gilli Allan 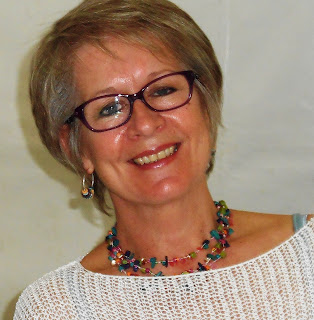 I have the lovely Gilli Allan sitting round my pool talking about, the seasons in storytelling. We don’t have much in the way of seasons down here, so thanks Gilli for joining me for a glass or three of bubbly whilst I remember those cool, sultry, rainy, snowy, windy days….. 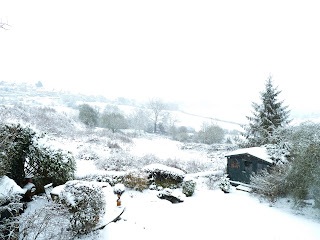 Every season has its attractions, even winter, which can be hauntingly beautiful. So it’s difficult to pick a favourite. But the last season of the year has a nostalgic and sentimental power over me which I guess, at its core, is something to do with my very happy and secure childhood. Everything about it - the changing colours of the trees, that earthy, peaty smell of decaying leaves, the first nose-tingling frost, everywhere webbed by dew-beaded gossamer - touches my emotions very profoundly. The extra frisson for me as a child was that my birthday is in the autumn. Then there’s firework night and best of all ... what comes at the end of the autumn? Yay! Christmas!

But in 2012, in England, we didn’t have seasons. We just had rain. And this winter the west has been unfairly singled out for more than its fair share of the wet stuff, causing widespread flooding. Recently the rain was followed by heavy snow. I’m lucky, I live in Gloucestershire, high up in the Cotswold Hills, so we avoided the floods, but for over a week we have been effectively snowed-in. And it’s not only the weather that has been a ‘downer’. My Christmas was a wash-out. Apart from my midstream costume change from Christmas Fairy to Florence Nightingale, the fact we had illness in the house prevented my son and daughter-in-law from holidaying with us. Add in the annual ‘January blues’ that has afflicted me since and it’s no wonder I’ve been feeling sorry for myself. So when Pauline Barclay invited me to throw my towel on a lounger by her pool and sip (personally I prefer to glug) champagne, I didn’t take much persuading.

But it wasn’t until I’d accepted Pauline’s invite to a sun-drenched poolside chat that I began to think more deeply about the seasons in relation to my writing. I realised that my last two books - TORN and LIFE CLASS - both begin at the turn of the year. I began to wonder if there is a subconscious reason why I chose to do this. It has to have more significance than the simple fact that I like Christmas, doesn’t it? Maybe it’s the fact that December is a pivotal point between one year and the next; a time when the darkest time is reached and from now on, even if the weather takes its time to improve, the days lengthen and the light increases. But perhaps it goes deeper than that. A story begins at a pivotal moment in the characters’ lives - at a moment of physical and/or emotional change. So maybe the turn of the year acts as a metaphor for what they are going through.

In TORN, single-mother Jess has, in effect, run away from her old life. She wants to make a fresh start, to live life more responsibly and to put her child first. They’ve been in their new home since the end of the summer, but it’s not until the dying days of the year that her good intentions are put to any kind of test. Her ex-partner tracks her down and assaults her in the street. And within a few weeks Jess finds herself in bed with a man she’s only just met. Is she fooling herself that making a fresh start is even a possibility?

In LIFE CLASS the story proper starts in September at the beginning of the autumn term. But the book opens a few months later, on Christmas Eve, a time when the STD clinic where Dory works is under-staffed but thankfully quiet. Two men from the class she’s been attending turn up at her clinic, apparently together. Dory has just emerged from the break-up of her relationship - business and personal. She wants to forge a new and independent life, to do what she wants to do, without the interference of anyone - family, friends and especially not lovers! She definitely does not intend to get involved with men any time soon. It’s only after the implication of the men’s visit to the clinic has sunk in, and begun to have an impact on her mood, that she begins to realise her resolution is shaky.

Despite my apparent autumn / winter bias, I love the sun and I have very much enjoyed sitting beside your pool, Pauline, and wittering on about the whys and wherefores of setting the start of a story at the turn of the year. But I must try to break the habit.

And please remember, everything I have just said could well be rubbish and it’s all just a meaninglesh coincidence. Wheresh that bottle?

For more about Gilli and her writing, here are her links....   Twitter: @gilliallan   Blog: http://gilliallan.blogspot.com         If you'd like to be a guest on my Blog, sitting round my pool, please email me.
Posted by Pauline Barclay at 14:10:00 9 comments:

A Bit of a Sizzler! 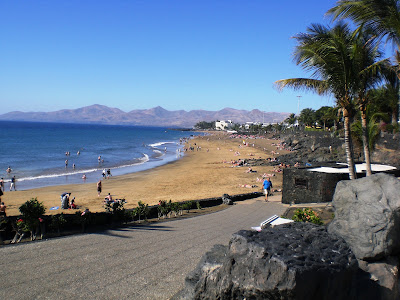 January not only rushed by as if an almighty hurry to dash to February, but it seemed our weather wanted to fast forward to summer!

This last week we've had amazing hot weather with the temperatures in our garden nudging 28c / 82f. Friends who came out last week for a holiday brought jumpers on our advice and sizzled all week wondered if we'd gone slightly mad! 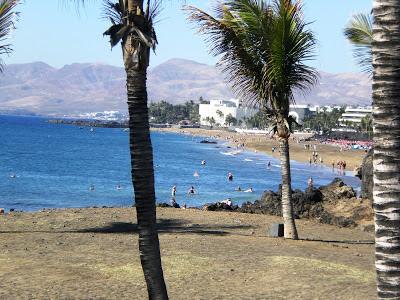 On my return from the bank I took a few photographs of the sea front and it was wonderful to see people stretched on soaking up the rays and dipping in and out of the sea. A perfect respite from the bitter cold of Europe and the UK. 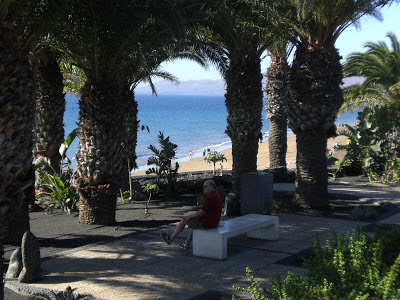 Where ever you are, I hope the sun is shining on you. Have a fabulous day and, as always, thanks for stopping by.
Posted by Pauline Barclay at 12:12:00 2 comments:

A Novel Conversation with Trish from The Birthday Card