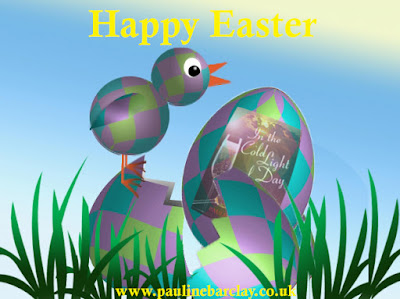 Wishing you a wonderfully happy Easter. Please find time to, chill, smile, laugh a lot and enjoy the company of family and good friends.

We'll be enjoying chocky eggs, bubbly and, if the sun shines, sitting out and relaxing. 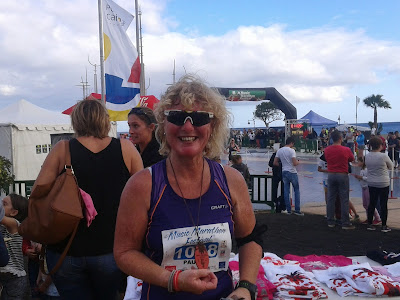 Last Saturday, 19th March, I ran in the Music Marathon in Lanzarote, Canary Isles, and to my utter surprise, I smashed my personal best time running 10kms, coming home in 1 hour 17 seconds. It took me several minutes to believe I had, not only finished, but ran the fastest ever! It was very hot and tough, but a wonderful course along the seafront at Los Pocillos and Matagorda. 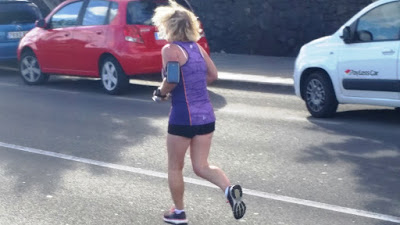 Three categories, 5km, 10km and 20km attracted all ages and abilities, from wheelchairs to walking, running and sprinting!

Would I do it again.... probably! Afterwards we cycled home.... and I still can't believe I did it!

When I was writing In the Cold Light of Day it was important for my story line to understand if someone you loved had an addiction and if so would you know about it? I was convinced you would know. How wrong I was.

During one of my weekly book promotions, I met a lady who told me how she lost her home and everything they owned. She went on to tell that she was happily married with two children, a stay at home mum whose husband worked every hour God sent and made sure they wanted for little. It was a happy life until a knock on the door early one morning. That knock was to change their lives forever.

The callers where there to repossess the house and take anything that was of value.  Whilst she'd believed her husband was working hard, he was in fact out gambling. When I told her about In the Cold Light of Day, she smiled, it was a knowing smile. "You think you know someone, but there are times when they are like a stranger," she added.

I was deeply grateful to this lady who helped so much with my question. Researching about what goes on in real life helps to bring my characters to life so they are as real as you and me. Set in 1967 in London, In the Cold Light of Day is pure fiction, based on real life! 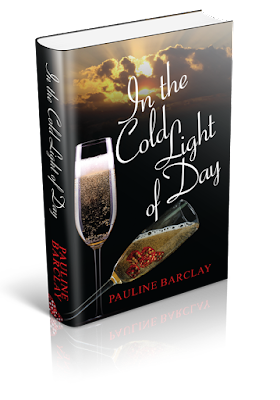 I'm delighted to announce that In the Cold Light of Day is now available in paperback!

I have to say, the cover is stunning and has been designed by the wonderful Cathy Helms from Avalon Graphics. I love it.... what do you think? 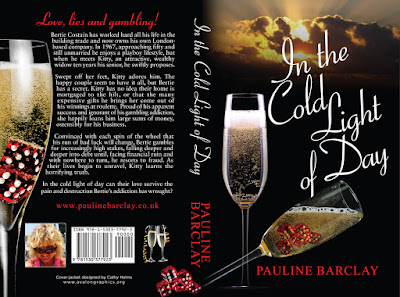 Here is a reminder of the blurb...

Bertie Costain has worked hard all his life in the building trade and now owns his own London-based company. In 1967, approaching fifty and still unmarried he enjoys a playboy lifestyle, but when he meets Kitty, an attractive, wealthy widow ten years his senior, he swiftly proposes.

Swept off her feet, Kitty adores him. The happy couple seem to have it all, but Bertie has a secret. Kitty has no idea their home is mortgaged to the hilt, or that the many expensive gifts he brings her come out of his winnings at roulette.  Proud of his apparent success and ignorant of his gambling addiction, she happily loans him large sums of money, ostensibly for his business.

Convinced with each spin of the wheel that his run of bad luck will change, Bertie gambles for increasingly high stakes, falling deeper and deeper into debt until, facing financial ruin and with nowhere to turn, he resorts to fraud. As their lives begin to unravel, Kitty learns the horrifying truth.


In the cold light of day can their love survive the pain and destruction Bertie’s addiction has wrought?

The paperback can be ordered from all Amazon sites and from Amazon co uk, the delivery is free!
Here is the link to Amazon co uk


Thank you so much for stopping by and I hope if you buy a copy you'll enjoy the read.

Romy Gemmell on Cyprus and The Aphrodite Assignment 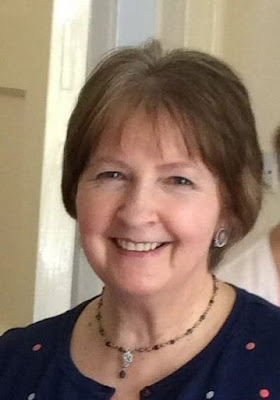 Thank you so much for inviting me to your lovely blog, Pauline – it’s always a pleasure to chat to you, even if it’s only through cyberspace!

Romy, it’s all my pleasure, so do help yourself to a glass of bubble, make yourself comfortable  and them tell me all about your latest book and why Cyprus?

The third novella in my Aphrodite and Adonis series set on Cyprus, The Aphrodite Assignment, has just been released in e-book by Tirgearr Publishing. I had never intended writing a series but when I submitted the first very short novella, The Aphrodite Touch, my publisher asked me to consider making it a series. What author could resist such a challenge? The second novella, The Adonis Touch, was slightly longer and this third one is longer again. 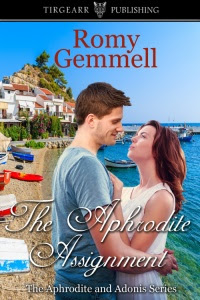 I’ve been fascinated with Greek mythology since school days and while I wanted to write a contemporary romance (as opposed to my other historical romance), I wanted to include a touch of mystery, adventure or fantasy along with the love story. We visited Cyprus, known as Aphrodite’s Island, many years ago and I was immediately captivated by its romance, history and legend. There are so many references to Aphrodite that my imagination was fired as I wandered amongst the ruins and beauty spots, dreaming that the goddess still walked beside the locals and tourists. And so my fictional series was born. 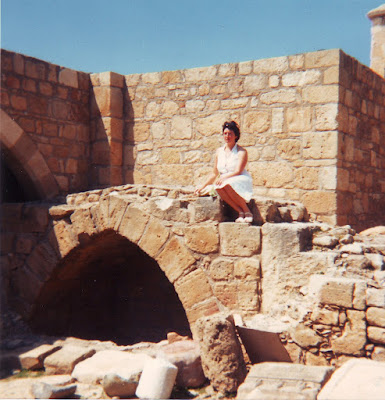 Each novella features a different human couple who arrive on Cyprus in either spring or summer. Mischievous Aphrodite persuades Adonis to play a game during these two seasons, where they choose to help a specific couple reach a new stage in their relationship. In The Aphrodite Assignment, Bryony and Richard are not yet a couple but have previous family history. In this novella, I’ve also introduced one or two other gods and goddesses to create some variety in the storyline.

Although Aphrodite is the goddess of love and took many lovers of her own, I especially felt drawn to the references involving Adonis. Some say he was completely mortal but other ancient writers suggest he was a demi-god. The fun part of writing fiction of course is that you can make up your own rules! More importantly for my series, Aphrodite was wildly in love with him. Adonis is also mentioned a lot on Cyprus and I was delighted to discover – after I’d written a sexy scene there in the second novella - that he and Aphrodite used to meet at Aphrodite’s Baths.  Why shouldn’t they still appear there at times? I did say this was partly a fantasy romance, didn’t I!

Cyprus itself is an island in the Mediterranean, roughly situated between Greece, Turkey, Syria and Israel. It is mainly divided into two: the Greek part in the south and Turkish in the north. My series is set in and around Paphos, in Greek Cyprus – an area very much identified with Aphrodite. According to Homer, Aphrodite was born at the rocks along the coast from Paphos, known as Petra Tou Romiou (Aphrodite’s birthplace). Here’s how Homer describes it in his Odysssey VIII: 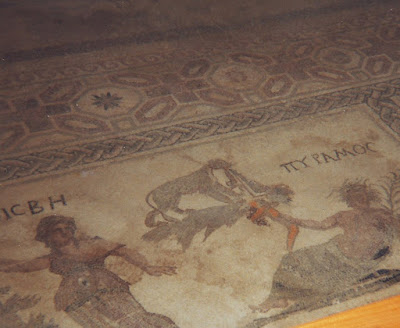 ‘Laughter-loving Aphrodite went to Cyprus, to Paphos. The moist breeze of zephyr brought her there on the waves of the sea, with a noise of thunder, among the soft foam, and the gold-dressed Horä (beautiful women priestesses) received her with joy.’ You might know the famous Botticelli painting that depicts this scene, although he calls her by her Roman name, Venus.

I used this beauty spot for a scene in the first novella, as well as the Tombs of the Kings. In the latest novella, I’ve taken my human couple to couple of different spots on the island and each time I write about Cyprus, I can’t wait to return there and explore some more of this beautiful island. I hope the reader will enjoy the romance and mythology through the series.

Blurb and Links for The Aphrodite Assignment by Romy Gemmell Bryony Marshall has the assignment of a lifetime: to check out the new apartments on Cyprus, Aphrodite’s island, for her travel company. But she hadn’t reckoned on her contact being Richard Harrison, former teenage crush and her older sister’s ex-fiancé, and her renewed feelings for him.

Aphrodite and Adonis plan to encourage the budding romance between Bryony and Richard but the goddess Athena brings them unwelcome news: Aphrodite must return to Olympus with the other gods for a council with Zeus. Can the mythological couple bring the humans together within the limited time left to both couples?

A Novel Conversation with Trish from The Birthday Card