Shining a Light on Charities with Madalyn Morgan 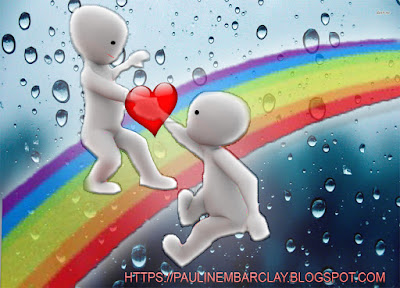 For many it is a very tough time. For charities it is also a very scary time, for some their income has dried up. Over the coming weeks I will be sharing stories that will warm your heart, make you smile and maybe have you reaching for the tissues.

Today, I am delighted to have top selling author, Madalyn Morgan talk about the charities that are dearest to her heart.

Hello Pauline. Highlighting charities on your Blog is a lovely thing to do. Thank you for asking me to Shine A Light on the charities I support. 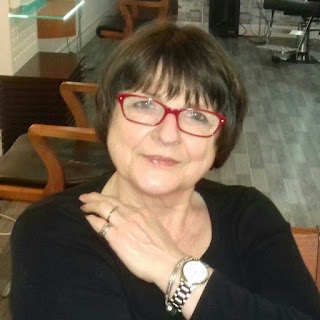 I was an actress for thirty years working in repertory theatre, the West End, film and television. I now write novels, articles, and present radio.

I’d like to begin by saying that my parents were very generous people and they encouraged me to give at a young age. Dr Barnardo’s was a charity my parents and I supported when I was a child. I was brought up in a pub and, like all pubs in those days, we had a charity tin on the bar. Our tin was for Barnardo’s, the children’s charity set up by the Irish philanthropist Thomas Barnardo, in 1870.  “No Destitute Child Ever Refused Admission.” Every Saturday night I was allowed to go round to the public side of the bar with the collection tin. Our customers were very generous.
But it was the run-up to Christmas that was the most fun. For me, Christmas began in November. Mum and I would spend an afternoon wrapping up the toys I’d had for my birthday, or the previous Christmas - as long as they were in good condition - and mum took them to the local orphanage.
*
When I was an actress in 1985, I made a promise. I was invited to join a charity called The Leukaemia League of 365. The volunteers were all women from one branch or other of showbusiness. The aim was to raise £365,000 - £1,000 for every day of the following year to help children with Leukaemia.
One of the prizes was a Jaguar in Harrods-green with gold plated wing mirrors and door handles. It was a joint donation from Harrods Department Store and Jaguar Cars. The Jaguar stood in front of the main entrance doors in the foyer of Harrods in Knightsbridge and we raffle ticket sellers were placed strategically around it. I remember Liverpool comedian Jimmy Tarbuck coming into the store. I approached him, smiled and pointed to the car. He did a double-take and said, ‘But I’ve only come in for a pair of socks.’ He made a contribution and waved away the raffle tickets. Another day the late Ronnie Corbett came in. He donated to the cause, which he said was a very good one, and then began to laugh. ‘A Jag would be no good for me,’ he said, ‘my feet wouldn’t reach the peddles.' Ronnie was a big talent, but he was only five feet tall.

The second prize was a fabulous dolls house - an exact copy of an 18th Century country house near Box Hill on the North Downs in Surry. 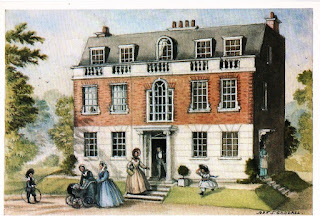 “ORMOND HOUSE” In aid of the leukaemia Research Fund 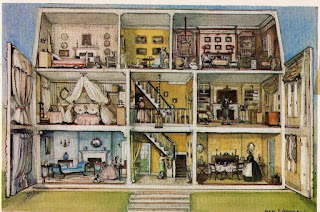 The interior of “ORMOND HOUSE” Decorated by nine of Britain’s top interior designers.

I was delighted when I was asked to demonstrate the doll’s house. It stood in the foyer of Decorex, the biggest event for interior design professionals in Europe. My job was to describe each room and say who had decorated it. It was the hottest summer on record and on the first afternoon I was so hot, and my feet ached so much, I kicked off my shoes.
There was always muffled background noise as people entered and left the building. It didn’t bother me, but sudden silence did. I turned to see why it had gone quiet and looked straight into the eyes of Princess Margaret. She smiled graciously and nodded for me to carry on, but all I could think about was not having any shoes on. The following afternoon I took off my shoes again, and again there was a sudden hush. This time it was Princess Michael of Kent. ‘I had a doll’s house like this when I was a child in Austria,’ she said, towering above me. That was the last time I went barefoot.
£365,000 was raised and I received an invitation from the Lord Mayor of London to attend a charity supper at the Mansion House. I didn't have a dress for the occasion and had to buy one. It was simple but it was lovely and, more to the point, it was reduced to an almost affordable price.
The food looked delicious. I say looked because I was too nervous to eat anything. An auction was held after the meal and after that a fashion show by Laura Ashley. Laura Ashely had died the day before, but her family insisted she would want the fashion show to go ahead. I’d never been to a cat-walk fashion show before and really enjoyed it.
At the end of the evening, The Mayor presented the cheque to a representative from Leukaemia Research. It was then that I made a promise to two women from Cancer Research. I said one day I’m going to write a book and when I’m a published author, I shall give 10% to Cancer Research.  And, when my first novel was published in 2012, I kept my word and set up a standing order. I support other charities, but my main charity is Cancer Research.

One of the other charities I support is a local hospice called LOROS. My beautiful cousin lost her battle with cancer and spent the last weeks of her life there five years ago. Loros is a warm, friendly, caring, hospice that gives one-to-one care. It depends entirely on donations. Apart from the trained medical staff, the hospice is run by volunteers. To raise money there are shops, a lottery, raffles and, like me, Friends of Loros who help financially because they are not able to help in a practical way.

Another charity that I support is Christians Against Poverty.  It’s unbelievable how many people in the UK, especially the elderly and young families with children, live below the poverty line.  And now, because of the Coronavirus pandemic forcing businesses into bankruptcy, mounting unemployment, schools closed, the numbers of people who need financial help is higher by tens of thousands.

CAP also helps people to get back on their feet. As one young man said, “CAP helped me to kick-start my life.”

In 2012 I published the first novel in The Dudley Sisters Saga. I have written and published eight novels altogether. The first four books - Foxden Acres, Applause, China Blue and The 9:45 To Bletchley - tell the stories of four sisters in WW2. The four novels that follow - Foxden Hotel, Chasing Ghosts, There Is No Going Home and She Casts A Long Shadow, are stand-alone sequels that take place between 1949 and 1959.

Thank you Madalyn for coming along to PBHQ and sharing about your charities. In our frightening and uncertain times, sadly all need help.  Our world is a better place for having lovely people like you in it.

A huge thank you to you, lovely, visitor for calling by. I hope the sun is shining on your face and in your heart.

Thank you for shining a light on the charities I support. In these frightening and uncertain times, Charities are suffering financially, so it's even more important to highlight them. And as I said on the post, Shining a light on Charity is a lovely thing to do. Thank you.

What a great blog. Thank you Madalyn and Pauline for sharing shining a light on the charities Madalyn supports. I really enjoyed reading this. It was lovely to find out a little more about Madalyn Morgan.

Hello Patricia, thank you for calling by and enjoying Madalyn's beautiful post. Have a great day. x

I'm so sorry. I missed Patrica's lovely comment. Thank you, Patricia. I hope you're well. xxx It's that time of year again, time to buy Christmas lunches for homeless people and rough sleepers through Crisis and The Salvation Army. When I lived in London I found it difficult to buy what the children in my family were into so, as they were all teenagers, I asked them if instead of buying them Christmas presents, would they mind if I bought lunches for homeless people in their names. They thought it was a 'cool' thing to do and I've been doing it ever since.