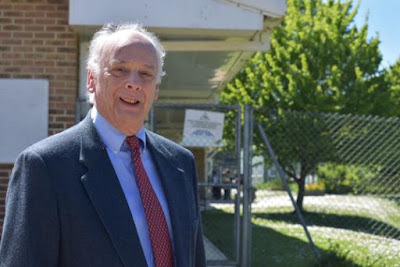 Today, I am delighted to have Author, Michael Reidy visit PBHQ. Michael, a Chill with a Book Award winner, is an American who has lived most of his life in the UK. He worked as journalist on a US Navy aircraft carrier before teaching for fifteen years in the UK and US. Following that, he worked for PR/Marketing consultancy for 25 years and continues to write for specialist agencies in his retirement. He has written nine novels and three collections of short stories.

How did you come to writing? 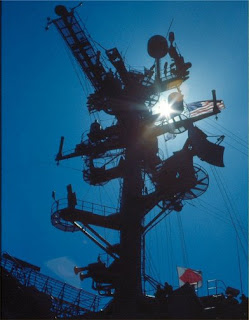 One rainy summer weekend when I was in college, my father suggested I read some Somerset Maugham short stories. Here were stories on ordinary subjects and very entertaining. Reading them was like having someone telling you the story and it is something I have tried to do myself. I wrote a few dozen stories, mostly for myself, and then became hooked on studying novels, the novel forms, and wanting to that. When I graduated, the Vietnam War was still going on and with a degree in English wangled my way into being a journalist in the US Navy on an aircraft carrier in the Mediterranean. Many settings, characters and ideas in my stories have come from that experience.

What types of books and stories do you write? 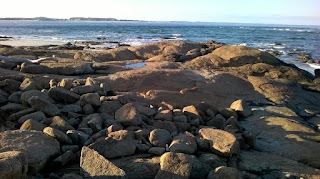 The answer to this is at the core of why I am an independent writer: I write in a variety of genres and most publishers don’t like that. They want writers in neat categories writing the same book over and over. My books and stories are set in Europe and the United States in the 19th, 20th or 21st centuries. Many have a retrospective thread running through them. Art, music, literature and place are important elements. I like unexpectedly interesting people; so many people never get beyond the superficial, but when you do, there is often a good story. I like books that deal with ethical choices and values. There is also usually an element of mystery or a hint of the Divine or supernatural.

You don’t write about “gritty” subjects, in fact, your characters are all pretty affluent. Is there a reason for this?

I read fiction for ideas and entertainment. I find neither of those things in books where it is obvious from page three that everyone is doomed and the reader has to be dragged through three hundred pages of depression, addiction, poverty and betrayal as well. I don’t like blood and guts violence nor explicit sex. Perversely, I am very fond of classic murder mysteries and their modern proponents (Donna Leon, Andrea Camilleri, XXXX).

Why did you choose to publish independently?

Apart from the issues of genre, I decided to do it myself a) because I can, and b) because I want to spend my time writing, not trying to find an agent or deal with lawyers and contracts. When (if) I write something good enough, they’ll find me.

Who are your favourite contemporary writers?

I think the best book I’ve read in the last few years is Amor Towles A Gentleman in Moscow. It’s fascinating, witty and wise. I am a big fan of his The Rules of Civility, too. I’ve been hooked on Carlos Luiz Zafon since the publication of The Shadow of the Wind. I have read all of his young adult books which have more of the same magic. His death, in June at 55, was mourned by his readers, young and old. The unexpected and sinister stories of Arturo Perez Reverte are also favourites. I like Marisha Pessl, too. Special Projects in Calamity Physics was a brilliant title and an excellent book, and her second novel, Night Film was original and compelling.

Older favourites?
I think To Kill a Mocking Bird is in the top five novels of American literature. It’s such a noble story about trying to do the right thing, often in the face of terrible opposition.
I still enjoy re-reading Somerset Maugham’s short stories.

How did you come to know Chill with a Book?

An old colleague and friend, Ian Thomson (Martin, Humphrey and Jack, The Northern Elements) told me about the awards and I entered.

Thank you, Michael for sharing your writi9ng journey, I, for one, have found it fascinating. 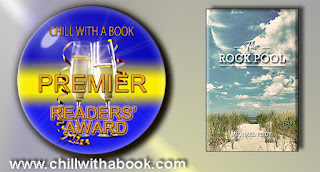 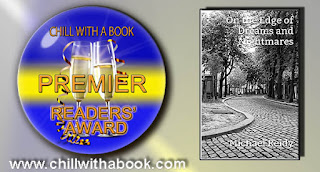 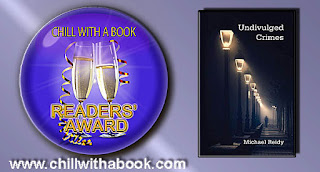 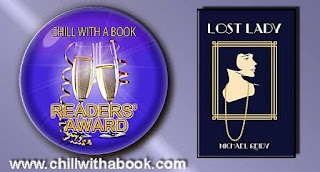