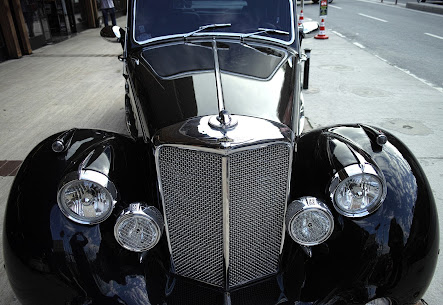 There is nothing more entertaining than little tales that make you smile. So in an attempt to brighten up October, I will be running a special feature titled, Anecdotal. Anecdotal is where a few special peeps share a little story that has amused or left them speechless. I am kicking off this fun feature with my anecdotal, The Black Car.

My parents never had a car when I was a child, in fact I was in my late teens before dad bought a car. As a child, the thought of going out in a car was one of the most magical things that could happen to me. So you can imagine how excited I was when a neighbour, who owned a very large black car would, from time to time, take me and his daughter to school. The thrill of sitting in that beautiful car for the three long minutes ride to the school gates has remained with me. We moved away and the occasional rides ended. The years slipped by and I was a grown adult. One day my mum reminded me of the ride to school in Mr Powell’s car. ‘You had no idea about the car,’ she said. Of course, I did, it was big, black and shiny. At around six years old, I had never realized why Mr Powell had such a beautiful car. My mum enlightened me. Mr Powell was an undertaker and his daughter and me used to travel to school in a hearse!

I hope you enjoyed this little anecdote and you will come back to read more. As always, thank you for calling by and I hope the sun is shining on your face and in your heart.