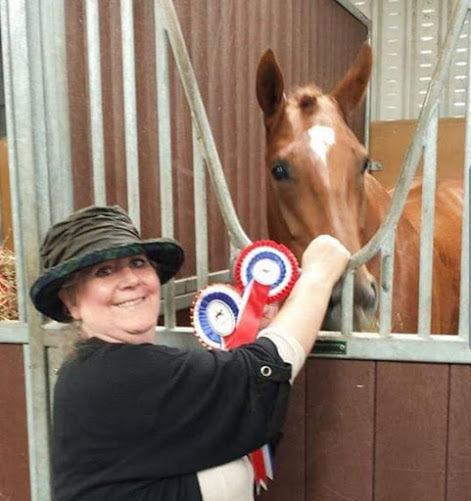 There is nothing more entertaining than little tales that make you smile. So in an attempt to brighten up October I am running a special feature titled, Anecdotal. Anecdotal is where a few special peeps share a little story that has amused or left them speechless. Today, we have an entertaining tale from, Helen Hollick, The First Ride. Please sit back and enjoy.

Most of my friends and followers know that here on our thirteen-acre North Devon home, we have horses. Two showjumpers, Lexie and Saffie and two of Saffie’s offspring to bring on as competition horses – two-year-old Franc and five-month filly, Phoenix. My daughter (now in her thirties) has ridden since she was three, not counting the few times I had her sitting up in front of me when I was riding and she was only a couple of months old. I started riding when I was four. 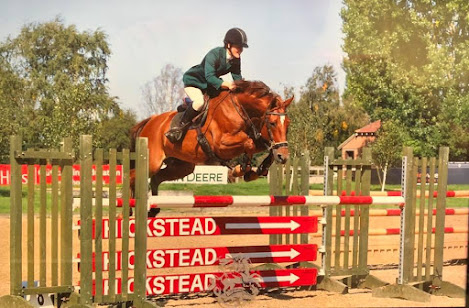 We moved from the London Suburb of Walthamstow to Chingford in 1957 – when Chingford was still in Essex (before a re-organisation when it became part of London). Chingford had Epping Forest within its borders, and, back then, seemed very countryfied.

My sister was six years my elder and, in those days, ten-year-olds would happily take themselves off (unsupervised) for the day during weekends and school holidays. Big Sister, however, often got lumbered with Little Sister (me) so I would occasionally be in tow when she went to Soper’s Farm, a riding school that was about a ten-minute walk from our house. It had been a working farm for several centuries, but by the 1950s times were a-changing and in the early sixties it was sold and became a housing estate. Mr Soper had his horses and ponies and took eager people out for rides in the Forest, and relied on eager youngsters to help with the tasks of mucking out, grooming, tack cleaning and such – presumably in return for a free ride.

I guess I didn’t go every week with Big Sister as I have very few memories of actually being there, but I do have one that is very vivid.

I was to ride Noddy, a brown-and-white cob pony. Someone  lifted me into the saddle, my little feet were tucked through the loop of the stirrup leathers because they could not be shortened enough for me to reach the stirrups themselves, and I was shown how to hold the reins correctly between my fingers.

Off we set, out onto the main road (which, then, did not have much traffic). I think my sister walked along beside us, but the pony was led by Old Mr Soper himself. To me, that glorious ride went on for miles, but in fact, we only went about ¾ of a mile – although that is a mile-and-a-half there and back, even so, about a half-hour ride.

What sticks in my mind, apart from the glorious ride, is that Mr Soper was so pleased with how well I had done, we stopped at the sweet shop next to the pub and he bought me a bar of chocolate as a reward. Of course, it’s very likely that he popped into the pub for a pint – which is why that short little ride took much longer than a mere half-hour!

Absolutely none of that would happen today would it?

Thank you for inviting me Pauline - some memories of happy days!

What a lovely story! And, yes, a reminder of different times...