Anecdotal - An Echo from World War II by Michael Reidy 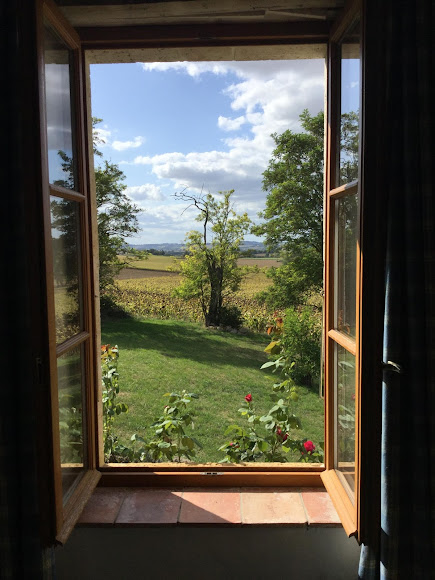 There is nothing more entertaining than little tales that make you smile. So in an attempt to brighten up October / November I am running a special feature titled, Anecdotal. Anecdotal is where a few special peeps share a little story that has amused or left them speechless. Today, we have an entertaining tale from, Michael Reidy, An echo from World War II
Please sit back and enjoy.

An echo from World War II

Both my parents were avid readers. They enjoyed good fiction and history, and dinner conversations were often about what they had read or were reading. My father also read math and physics books as though they were novels. He had shelves of them which was unusual for a real estate broker.

As an American officer, Dad was in the UK from February 1942 until March 1943. He was trained in radar with the British Army, and on his return the US  had time at Wright-Patterson Field and later at Fort Brady, Michigan, where the radar stations were protecting the Sault Locks from a possible German raid from Norway over the pole.

Those locks carried a huge percentage of American iron ore and steel, and a strike would have crippled production and extended the war by several years.

It was at Fort Brady that he met my mother who was a WAC aircraft plotting officer and the WAC company commander. Less than a year after they met, my father was sent to the Philippines where he trained radar operators and set up radar stations on islands shortly after the Marines had re-captured them. Often, he’d arrive before bodies were buried. This took him around the Philippines, to New Guinea, and to Pratas Island, China.

While my mother never knew exactly where he was or what he was doing, she followed the South Pacific news closely.

As a teenager in the 1960s, WWII was before the beginning of time. As a result, I had no idea how fresh in my parents’ minds it was. They talked about it, but mostly about friends they’d made; acts of kindness they’d experienced, and how even then, the history was becoming distorted or forgotten.

For example, on the fiftieth anniversary of D-Day, one of the UK tabloid newspapers ran a “sensational feature” about how many American soldiers had been killed during a pre-invasion exercise and were buried in Devon. The story was billed as one that had been supressed and was only now coming to light. The reality was that it had been fully published in several of the official histories in the late 1940s and early 50s. I was first aware of it when my mother told it to me on the way home from seeing The Longest Day in 1962, and I heard is several times afterwards.

My mother’s interest in history continued until the end of her life. One day when she was 102, she was at a committee meeting for an organisation she was still active in. (She was also still in a book club that had given her a Kindle for her 100th birthday. She loved it because she could enlarge the type.) At this meeting, one of her friends said:

“Janice, I’m reading a fascinating book about a plane crash in New Guinea during WWII. Only two soldiers and a WAC survived  and had to find their way down the mountain avoiding the Japanese and natives. You were a WAC, so I thought you might be interested.”

My mother replied, “Yes. That would have been Margaret Hastings. I was her commanding officer.”

Lost in Shangri-La (2012) is by Mitchell Zuckoff

Outdoor Loos in the Middle of the Night